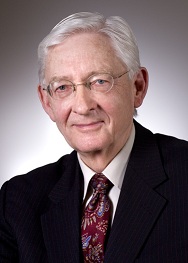 Sheila Murray to retire from CI Financial in March Jade Hemeon Related news Peter Drake, vice president of retirement and economic research with Fidelity Investments Canada ULC, will be retiring for the second time on June 30. The fit and energetic Drake, 71, has called himself a “failed retiree” in the past. The former vice president and deputy chief economist with Toronto-Dominion Bank returned to work nine years ago after a disappointing fling with retirement, having then taken up a new senior role with Fidelity. CI Financial CEO to retire BMO announces executive retirements Facebook LinkedIn Twitter Keywords Resignations and retirements “We’ll see how successful I am at retirement this time,” Drake quips. “I will be taking the advice I’ve been offering to others: You need to envision and plan for retirement long before it happens — what you need to put into it and what you want to get out of it.” During Drake’s time with Fidelity, he has been travelling across Canada constantly, helping financial advisors and their clients devise strategies to meet the changing realities of the increasingly longer stage of life called retirement. One of his favourite subjects has been helping clients mitigate retirement risks, including inflation, lengthening life spans, unsuitable asset allocation and withdrawal rates, and expensive health care. When Drake left his previous stimulating job with TD about a decade ago, he was looking forward to working as an independent consultant. For a year and half, that’s exactly what he did, analyzing economic statistics, compiling reports and making presentations. “I felt underutilized and bored, and didn’t like the isolation of working at home,” he says of that time. “I had a talk with myself and decided the solution was to get out and find a job.” At Fidelity, Drake plunged back into full-time work, conducting seminars across the country, writing, doing presentations and appearing in the media. But at this stage of his life, he wants to spend his time doing other things besides work. “I’ve had a chance to study retirement for nine years at Fidelity,” he says. “The first thing I want to do is just chill out, and do as much cycling and canoeing as I can while the weather is good. I need a couple of months of not thinking about work at all. Fidelity is a high-performance environment and you are never far away from it when you’re employed.” Drake also envisions renewing some of his musical interests and perhaps learning a new language. He already sings in a choir and used to play the trombone. He doesn’t aspire to be a world traveller, but likes the idea of spending some time in warmer climates or simply having the freedom to hop in the car spontaneously on a nice day and drive to Stratford, Ont. to see a play. He is an avid exercise enthusiast and plans to make winter more enjoyable with more cross-country skiing and snowshoeing. “I look forward to embracing winter,” he says. “When you’re working, winter tends to get in the way and you tend to want to duck winter. I want to do things that make winter more fun.” Drake also expects to do volunteer work. In the past, he has taught economics at George Brown College in Toronto and has lectured on environmental economics at the University of Toronto. “Some people think volunteering requires specific skills, but that’s a myth,” he says. “As long as you’re breathing and willing, you qualify. Volunteering means you’re doing something useful, it gives you a sense of accomplishment, new associations and contacts, problems to solve and challenges.” Keeping an eye on his personal retirement financial assets will also be one of Drake’s activities, and he says he will be keeping a fair share of equities in the mix. “There was a time when people got rid of their equities in retirement and could live off the income from bonds,” he says. “That’s no longer the case.” Will he miss the senior executive jobs with the associated power and fancy titles? “That doesn’t bother me one iota,” he says. “When I walk out of here, I will be the same person with the same skill sets. I will just use them in a different way.” Share this article and your comments with peers on social media